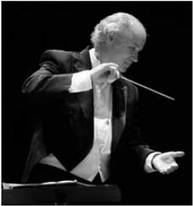 Gerry Jon Marsh has been the Music Director and Conductor of the Cascade Youth Symphony since 1984. Professor Marsh is also the Wind Symphony Conductor, Director of Music Technology and the Associate Conductor Thalia Symphony Orchestra-in-Residence at Seattle Pacific University. Mr. Marsh brings to the conductor’s podium his extensive and versatile experience as a music educator, performer, jazz musician, conductor and choirmaster. He is frequently involved as a guest conductor, clinician, and adjudicator for music competitions and festivals in the West Coast, Canada, England and Europe.  Mr. Marsh is a published composer and arranger and has received numerous composition awards and commissions. He is Composer-in-Residence for the Seattle Pacific University Center for Worship and was recently honored as a finalist for the Arlin G. Meyer Prize given by the Lilly Fellows Program in Humanities and the Arts for his symphonic work Reconciled: A Gospel Oratorio. Mr. Marsh has also received awards and citations from the Seattle Music and Arts foundation and the Edmonds Music and Arts Club. In 1998 Marsh was inducted into the inaugural Washington Music Educators Association Hall of Fame. 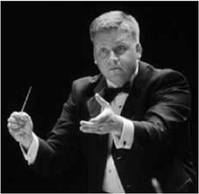 Todd Mahaffey has been an active member of the Cascade Youth Symphony Orchestra since 1988. He started with the organization by playing trumpet for four years in the Youth Symphony. Todd began as a coach for CYSO in 1992 by serving as brass coach for all four levels of CYSO, he has coached Summer Sounds every year since 1992. Mr. Mahaffey started conducting the Premiere Orchestra in 2004, in 2006 he began conducting the Junior Symphony where he continues today.  A graduate of the University of Washington in 1996, he is currently the Band Director at Chinook Middle School in Bellevue, WA, where his program has over 190 students in grades 6-8. He also continues to play the trumpet as a freelance musician in the Seattle area and is a regular member of the Lake Union Civic Orchestra and the Seattle Wind Symphony. 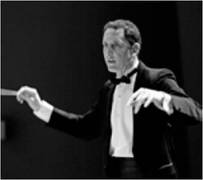 Tam Osborne is a graduate of the University of Washington, where he earned degrees in Music and Music Education. He studied violin with Vilem Sokol and performed in the University Orchestra, Opera Orchestras and Contemporary String Quartet.  He earned his Masters in Administration from Seattle Pacific University in 1990, and is currently Human Resources Director of Certificated Staffing for the Shoreline School District. Previously he taught for seven years as a string specialist in the Shoreline School District and has served as the String Curriculum Officer and Administrator on the Board of the Washington Music Educators Association (WMEA).  Mr. Osborne began his affiliation with the Cascade Youth Symphony Orchestras in 1984. 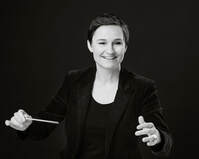 Gillian Malacari
Cascade Sinfonette Conductor
Gillian Malacari graduated from the University of Western Australia with a Bachelor’s Degree in Music Education (Honors) and recently completed her Masters Degree in education. She has taught music in Australia, Thailand and the US ranging from early childhood programs to IB Diploma Music. She has established string programs, examined for the International Baccalaureate Diploma, and has conducted all levels of school and youth orchestras. Gillian arrived in Seattle in 2008, and in 2013 started teaching orchestra from 5-8th Grade in the Edmonds School District and is currently teaching Orchestra at Maplewood Parent Cooperative School and College Place Middle School. She loves working with middle schoolers and enjoys helping kids emerge into their musical lives. Gillian plays her violin (including an electric one) in several neighborhood ensembles, she teachers an early childhood music program with the Seattle Children’s Chorus and enjoys a little composing. On the weekends you can often find Gillian running on the Burke Gilman trail and hanging out with her husband and two boys. 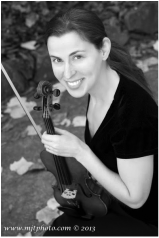 Andrea Talley
Overture Strings Conductor  Andrea began playing the violin in the public school system at age nine and hasn’t stopped since. She holds a B.M. from Western Michigan University, and a M.M. from Michigan State University, both in violin performance. In grad-school, Andrea was an active member of the Community Music School at Michigan State University, a Suzuki school servicing the greater Lansing area.  A registered Suzuki violin teacher, Andrea has completed training seminars with Judy Weight Bossuat, Christie Felsing, Martha Shackford, and Ed Sprunger. Andrea has taught as part of the Foothills Suzuki Institute, and most recently, helped to co-create Issaquah Suzuki Strings in 2014 where she currently teaches.  She instructs over 40 young violin students, both private and group lessons, and helps to run Camp Tierra, an annual Suzuki Strings summer camp held at the Tierra Learning Center in Leavenworth, WA.  Besides studio teaching, Andrea gets a kick out of conducting student orchestras. She spent 4 years with the Everett Youth Symphony organization as the director of the Prelude String orchestra, and is currently conducting the Overture String group with the Cascade Youth Symphony Organization. Previously, Andrea has worked as a strings specialist for the Northshore, Edmonds, and Mukilteo School districts, and as a clinician for regional solo and ensemble competitions.   She was the primary teacher/developer of a Suzuki strings program for the La Conner School District, and directed the violin program at Immaculate Conception Regional School in Mt. Vernon.  As a performer, Andrea has played with the Juneau Symphony, Federal Way Symphony, Bellevue Philharmonic,  Skagit Opera Orchestra, and the Lake Washington Symphony.  She is also a member of NOCCO, a conductor-less chamber orchestra performing in the Seattle area.  Andrea is the President of the Suzuki Association of Washington State, and a member of the Suzuki Association of America and the American String Teachers Association.  When not performing, teaching, or conducting, Andrea enjoys traveling, and hiking the next section of the PCT with her violinist-husband Marcus.